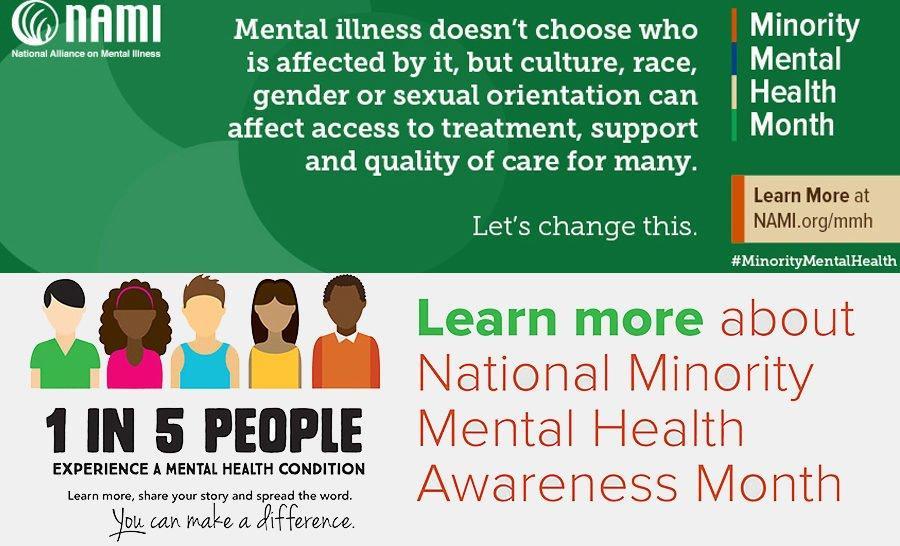 Mental health conditions do not discriminate based on a person’s color, gender or identity, but these factors can make it more difficult for an individual to receive care. Without adequate treatment, mental health conditions will likely continue and perhaps even worsen. To help people in minority groups get the mental health care they need, the U.S. House of Representatives named July “National Minority Mental Health Month” in 2008.

The main goals of National Minority Mental Health Month are to improve access to mental health services and treatment, and to promote awareness of mental health and mental illnesses, especially in the minority populations.

About Mental Health in Minority Populations

Nearly one in five adults in the United States has a mental health condition, according to the National Institute on Mental Health. While anyone can experience a mental illness, Americans in minority groups are more likely to experience the risk factors that contribute to mental health disorders.

The purpose of Minority Mental Health Month is to bring awareness to mental health among minorities, including African Americans, Hispanics, Native Americans and Asian Americans. The nation’s leading non-profit mental health organization, Mental Health America, is working to expand the definition to include people from other marginalized groups, such as those who may identify as LGBTQ, refugees and immigrants, religious groups and others.

Mental Health America celebrates National Minority Mental Health Month by asking the public to share videos, pictures, notes, poems and even graphics on social media with the hashtag #DepthOfMyIdentity. The social media posts should help others understand the life experiences, stereotypes, negative preconceptions and biases that can affect mental health and access to treatment. Through their posts, participants can share the labels they use to describe themselves, discuss how the perceptions of others have affected their mental health, and share advice that can help others if they were to encounter a similar situation.

Everyone who needs mental health treatment deserves access to quality care. National Minority Mental Health Month brings attention to the need to serve marginalized communities, and helps millions of minorities get the treatment they need. 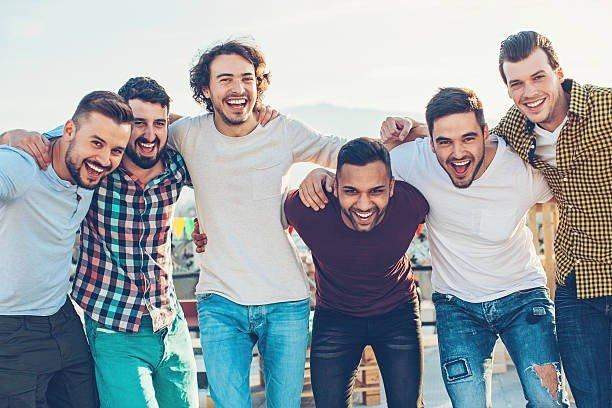 The month of May is Hepatitis Awareness Month, which is a month-long campaign set forth by the Centers for Disease Control and Prevention to help raise awareness for everyone.